My Incidents with Animals

The idea for this post came to me one day when "boasting" about my animal skills to a friend.
It was more like recounting horrific incidents with the non-human kind but nevertheless thought of writing about it so that everyone could know about my Tom-Jack-Tiger-Sheru-foolery.

Meanwhile , I should warn you that I have this recurring punar-janam kind of sapna where a dog keeps on chasing me till I fall of a mountain cliff!!! Yes ! This sapna comes to me atleast once a year , in which I actually undergo the falling-off action and fall on my roomie instead!

Starting Off with the funny incidents Now ! *raises flag*...

Incident 1 : There's this place in Kolkata called Victoria Memorial, where you can do various things .
Bade log go there to hold hands and stuff . Chote log go with parents kinda people and shoot balloons, eat phuchka,drink shikanji and *holds breath* ride horses.
So I was in class 6 and had gone there with ma and pa for some phuchka when suddenly a guy comes , picks me up and places me on a ghoda and tells it to run. He tells my parents " arre madam sab bache jate hai " To my mom's surprise the horse starts galloping away on full speed with little ammu holding on to it.


Incident 2 : This was when I was slightly grown up and seemingly unafraid of the world and also in Class 11 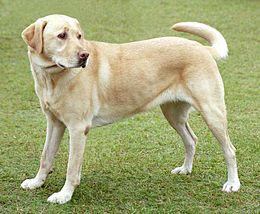 (you know the time when you think waahhh! class 10 to nikal gaya and 12 aane me 1 saal baki hai beta :P :D) So, I had recently learnt to whistle a full song ( I'd been trying to learn whistling since class 2) and it was late night. Late because I used to have tuitions at 8pm in my colony.. so as I was returning I was like full on whistling and suddenly hear footsteps behind me and with an overactive imagination like mine it wasn't hard to imagine a man wearing a black coat and hat following me. But when I turned to my dismal , it was actually a kuttaa following me! And thats when I started running and it started running behind me .. my instinct was to actually climb a tree, but since no climbable tree was there.. i go straight into a building and pushed the lift button. But alas! the lift was stuck on the 3rd floor,leaving no option but to run to  the 3rd flr, get inside the lift, and wait for a good 15 mins before coming out. The dog is gone and the day is saved . *taa daaaaa*.

Incident 3 : I am sure most of us have had this one, still writing about it as a tip for those who haven't had it.
**Tip** : Hold on tightly to your sandwich and I say do not just do not let it go, however large the eagle/crow might be , just fight it off, unless of course you are someone with small fingers and have the danger of your fingers being chomped off with the sandwich.

And yes that's what I was doing, protecting moi hand rather than what "people" say that I was looking in the opposite direction with the bread hanging JLT from my hand. huh!

I guess three incidents are more than enough to keep you happy, btw do not mistake me for an animal hater, I love animals and am all with PETA (though in a very non-vegetarian way). In fact I do love dogs, but only the pet ones and the ones that are mine and hate dog killers (read: people who cant differentiate between dogs and roads). No really , believe me , I'v had 2 lovely dogs whom I still miss a lot :)
I just thought that everyone has their own incident with an animal , plz feel free to share them here , would love to hear about them :D :D

P.S : do a search in Google with "crow with sandwich images" and get ekdum yucky images!!

'There's this place in Kolkata called Victoria Memorial, where you can do various things.' Love this line. :-)

'There's this place in Kolkata called Victoria Memorial, where you can do various things.' Love this line. :-)

Main to is topic pe essay likh sakti hoon.
I have bitten by a dog,have lizards jump a gazillion times on me, have squashes a frog to death in my shoe and unknowingly worn the shoe for the entire day at school ( i kno here i may seem like the perpetrator, but why wud a frog want to dwell in a shoe and tht toooo mine!!??? )

Gal...Ekdum fantastic post... Even I used to have a recurrig dream... of an old temple on a hill and I running out from it (though could not remember how those dreams used to end)... :)... I have been bitten by a dog who got angry when I caught a ball which he was looking to grab (I actually saved a sure six)... have been chased by a dog and in that sequence performed an extraordinary stunt which even now brings smile to my face... have crashed my bicycles on a group of baffoloes and what not... feeling nostalgic... has taken me back to the childhood days... :)

@Cherrie : LOL @ the frog thing!
waise once a leech bit me :P and i realised a good 2 hours late ha ha
btw I wanted to ask you, did u finish with the Girl With The Dragon Tattoo?

@Resurgence : Heyyy :) nice to see your comment.
Thank god i never got bitten by a dog! and about the temple dream.. he bhagwaan! that is such a coincidence .. talk about same weird dreams!

Well, I read it till half point, then a very good friend who is an excellent critic told me to read book1 first. Only then would i understand the characterisation. So i left it. But jitna padha, book is a bit tedious, lotssss of details.