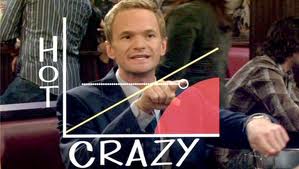 I have always taken pride in saying that the women I am friends with are smart, confident and intelligent people. I have always admired them and they have taught so many things to me as well me so many things in life.
And then ,along comes a character like u and reminds me of  everything which  I hate so much about dumb women, how the dimbos and bimbos of the world make my blood boil with white rage!!!! aaarghhhh!!! 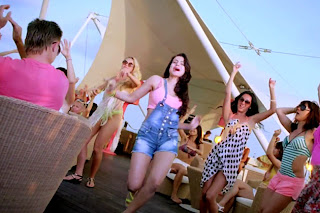 It is because of people like you that  some people have the nerve to come along and tell me to "act" a little dumb . Why ? Is that how they got things ?


I have absolutely no idea why people confuse dumbness with innocence , as if we are all standing on the altar of moralty and the ones who can be dumb enough are also "innocent" enough .
It is because of people like you , that some idiots have the fear of being duped by smart women.
Why ? would you idiots have otherwise duped her in fact?

It is because of people like you , any girl who voices her feelings like me is thought of as "danger"
hah ! The stupidity of it all makes me wanna turn hulk green and patkofy some random things.

But of course ,  even Hulk couldn't fight the world alone and needed his team of avengers , and so even I who emerge from my cocoon must retreat , into my world of intelligent and very innocent friends , because after all , even Barney for all his love for bimbos has to return to Lily and Robin.

-angerWellDefined
Posted by I'll try 2 be truthful at 11:38 AM 7 comments:

I'm in a relationship with my Pizza

Why I really haven't written this post is beyond me !!  All my friends know how passionate I am about movies and the verbal barrage  they get from me whenever they say things like "I don't like Hindi movies" or "Hollywood movies have only  action"
The idea for this post came while watching Eat Pray And Love today , was going to just make a FB post about it, but my love for movies deserves more space.

Why I love movies ? They provide such an escapist route for me, and more than once I have identified so much with the characters , have fallen so much in love with them. There is no particular genre of movies which I love, there are good movies and there are pretentious ones , but they are movies , my friends say it is only I who delves so much into them to find some meaning :)

So here they go , some of my favorite all time lines (in no particular order) :- 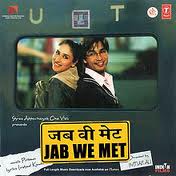 These words are just so simple and yet how many of us can say it with as much conviction. When I watched this movie, I was like yes this is how I want to be , the effervescence of the character never fails to light up a gloomy day.  If only we loved ourselves as much , Lets shout it Loud "Main Apni Favorite hu !!!!".

2. "Good Morning, and in case I don't see you, Good Afternoon, Good Evening and Good night" -  The Truman Show. 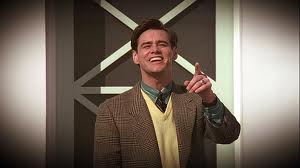 This is so going to be my status update if and when I leave this place. You never know what might happen , but it's the future which you have to embrace with all you got and say bbye to the past :) Also Jim Carrey is the baap of humor for me :D 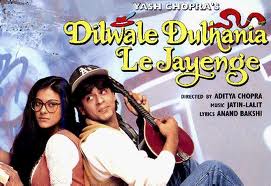 This was probably the first romantic movie which I had watched and this line manages to stick. If love could only be like this, unpretentious but like the twinkle in his eye . 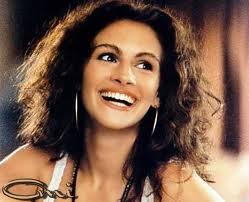 I have watched this movie so many times ,and yet I wait till the end for this scene to come, its like the conclusion of everything that happens. Keep On Dreaming , coz dreams will come true in one way or the other and when someone tells it like this it seems plausible and true.

5. "Raaste ki parwah karoonga toh ... manzil bura maan jayegi" - Once Upon A Time in Mumbai.
For the sheer bollywoodness of this line it features in this list. It  invokes that angry man wala character in you and the gravity it has is oh my god! 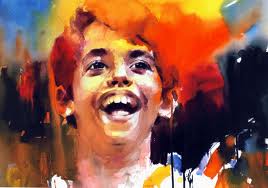 6. The expression which Ishan has when he sees that his teacher has actually painted him in Taare Zameen Par. That single expression is worth a thousand words, what it feels like to be actually surprised when one is loved beyond all conditions.


7. "Hum pyar me the, hum khush the .. and everything turned blue." Kabhi Alvida Na Kehna 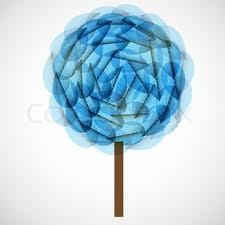 It is said that when you fall in love you look through  rose tinted glasses, here blue was the protagonist's favorite color ,and when she fell in love everything turned blue. For those who don't know yet, purple is my favorite color :P ;) 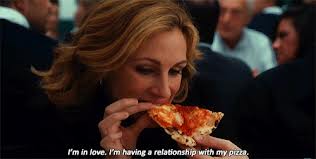 Now this , is the reason behind this whole post, right at the moment I totally connect with it. Food is one of the simplest pleasures of life , and I take great pleasure in not associating any kind of guilt with it . Food is just food, an elixir for life and something which gets absorbed into our soul.

If you watch something so visual, then there's no way out than soaking it in .


I'm sure that most of you also have some favorites , so why don't you enlist numbers 9 and 10.
Here's to Movies,Masti and Magic.

The First Time - A Way Out

I feel it is that time of my life again, where I just feel like becoming Anne Frank . Not in the way where she became an almost martyr but when she went underground.
I don't want people to look at me, to hear me , to know me, I wanna be unknown , unknown so much that while I hibernate, everything changes around me , the sadness goes away, the pain goes away.
That way  I don't have to deal with all of it.

But what to do , the more I think of it the sadder I grow, and how not to think of it .. I really don't have a way. Maybe that's because at one point of time I had concentrated all of my energy into one small thing. which at that point of time had seemed like the biggest thing, the kind of thing for which I would've given anything.

And from then on wards I have been running away from similar experiences. How I wish my thoughts, my soul had remained untarnished, if I had been fearless , then I know I would've done better.

How to make every time your first time :) Isn't that the question we all ask ...

Because the first time itself was so beautiful, it seemed like everything is purple , lavender becomes the flower of the season, the heart feels so mild and untouched , there's not a single scar on it , the brain is unburdened, do you remember that one such time where all the sadness in the world did not matter one bit, and that my friend is the answer to all that heaviness... that first time.. :)
Posted by I'll try 2 be truthful at 2:18 AM 3 comments: