Okay okay so obviously the one month break thing ain't working. Especially since its award-time. This one's for honesty (:)) by Sree. ab mujhe to ye milna hi tha thanx to thy pseudonym . So let’s just talk about the giver here.
Sree manages to look different in all his pics like some agent, he writes pgp (pretty good poems), and is a deewana of pink and is (hu)man enough to say so :). He most probably has also had a crush on most of his young neighbors (though that’s only a fig. of imagination), basically banda normal (read normal) hai. Thank you. 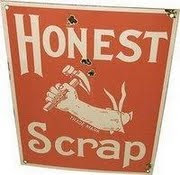 The rules are:“When accepting this mahan award, you must write a post bragging about it, including the name of the banda/bandi who thinks you deserve such acclaim, and link back to the said person so everyone knows she/he is real. Choose a minimum of seven (7) blogs that you find brilliant in content or design. Or improvise by including bloggers who have no idea who you are because you don’t have seven friends. Show the seven random victims’ names and links and leave a harassing comment informing them that they were prized with Honest Weblog. Well, there’s no prize, but they can keep the nifty icon. List at least ten (10) honest things about yourself. Then pass it on!”

Naah you don’t need to scroll down now, I hereby enlist them (jiska naam pehle hai wo sabse zyada honest hoga, aisa kuch nahi hai):-
1) James: He doesn’t write much about himself, rarely writes anything. But jab likhta hai to honesty chalakti hai .
2) Abhishek Khanna : one of the first blogs that I started reading. Jo bhi kaho , if anyone can admit to watching “Blue” film and also that he gave critical comments about it to aaj tak , to bande me honesty is like Elesh ke zuban pe English .
3) Peter: No reason needed. Cynically honest.
4) Whoever writes The Times Of Bullshit
5) Madsy : ye sweet che ,saru che . and akshara wale serial ke language me “ chokho hai” :P :P . I hate a faker girl. And thank god madsy is 1000 miles away from that.
6) Vanilla sky: Unexplainably honest (I know she’ll feel shy or like kicking me)
7) Tyro: Happy (be)elated birthday. Wishing you the second time this year.

Cynically honest :P
brutally honest, these adjectives are for my SFT, blog vibes is like 50% of that :D

thnx anyway, and since i dun do tags freqntly and since i have already a few of 'em lined up, I wud take time and if I forget. might even forget doing it.

hehe congos on the award :D

Well she ain't that farji after all :).
And who on earth said I am honest.A lie gets halfway around the world before the truth has a chance to get its pants on :). I read it yesterday, should not have published my birthday, don't you know it is supposed to be a secret ...hehehe .

heheh nahi re i like your blog vibes.
thats ok , tags are kinda boring :P ya ya too honest .


@ Tyro
haha what did u think? u got the award as a bday gift.

its not supposed to be a secret unless its lizzy's.

what has hammer to do with being honest

Congrats on the award!!!!

hawww i hv to work a lot on this tag :O
thanks a lot :D
waise truthful to u are...literally :D
will do it (i hope) not promising :-s

@Uncommon sense
its quite common actually, like driving the nail to the point with a hammer .

but i'm back and blogging :)

Wow..someone saying so many nice things about me!! :khushis aansus: :)
I know your blog is honest...u saved a good lot time not wondering wat to write...its never easy u see to pen those!! :)
Thanks for the acceptance! :)

"Unexplainably honest" sounds so fishy!!
Thank you! Would have kicked you rather, if my name wasn't there!

@SREE
thanx hey ! you know i may not get the time to visit your blog so often but you write well , and therefore it made sense to accept the award :)


@Vanilla sky
chup be i couldnt put into words your *honesty* .

Haan ji.. I avoided commenting over here abhi tak coz... I have an award for you too... checko blog... :D

And about honest scrap, ab if truthful ji doesn't deserve it, who will? B-)

Is that me on no.1 ? Well then I will have to write to give you something to brag about. Thanks