Info: We had our Tech Fest - DAKSHH 2010 which had a competition called Tech@Heart, and my entry came second ;) ( I won a Dell T-shirt! :P) We had to pen a *love-letter* in techie lingo.
I dedicate this post to my last Tech fest here. The letter given below is followed by an index of tech terms (aapki help ke liye) ;)

and without much ado here it is :

To The Scanner Of My Heart,

From the moment(as defined by The Platinum Iridium cylinder in Paris) my irises saw you, my cardiac valves did more back flips than a sawtooth waveform, only this time it was generated by the CRO inside me. The vectors of two points on a Gaussian field belong together and you belong with me. I stored your image in my cache memory for ever.

I still remember the first time that we met, you were near the Klystron Amplifier and I was besides the Lathe Machine. Just like these devices are so different, like a cation attracts an anion, our pheromones attracted each other. Your eyes found me like TCP found IP. When you came within a proximal distance of 0.25m within me, I could feel electrons flowing through my viens with a speed of 10power30 GHz.

But then I lost you. I searched endlessly for you on the Internet, The Ethernet, The Telnet and what not. But alas! Without you I was morose like a Matlab program gone so wrong that it doesn't even know the difference between a root() command and sinc function.


It was on the eve of pi day when I saw you again. Even in that melange of a million people you spotted me. My adrenaline was pumping @ 2.5 times higher than usual. I immediately sent you my ARP request packet to which you replied coz' I knew that your heart was unicast towards me.
Like a Wien Bridge connected to itself, like integration and diffrentiation , where one is nothing without the other. You know? When Information from your oral mouth reaches my olfactory lobes,it's bliss, akin to ISO completing OSI.

My lacrimal glands moisten up as I write these last lines.

An ATMEG32 can never run without AVR, and neither can my respiratory system without you.
So WHAT ARE YOU waiting for? Get on your higehest mileage giving,lowest fuel guzzling and eco-logical automobille and come to me. 'Coz here I am, all lonely , twirling 1K, 2K and 10 K ohm resistances, waiting , only for you....


P.S: When I had written it, I hadnt really thought of putting it down on some rough paper, had directly written on the paper provided. Now my memory isnt some cache that I"ll remember everything. However whatever I've written is 99% same to same :)

P.P.S: We also bagged the third prize in the MAD-AD contest (impromptu advertisement), We as in Saheli, Abhay and Me. But that story is for some other time and best told by anyone but me!

1. Tech: yantra
2.Scanner: That thing in malls which makes a *peek* sound , jisse saman measure hota hai.
3.Platinum-Iridium Cylinder: It's a 1kg cylinder used as a standard for wt. 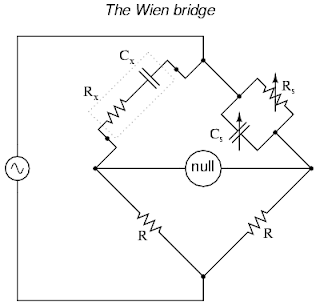 31.ATMEG32: It's a Microcontroller chip ( Now don't ask WHAT's THAT?), it's a chota but mahan chip.
chip: doesnt have to do anything with an uncle! its a big thing in a chota package like Sachin Tendulkar.

Labels: to the last tech fest

As I put this comment down, My CNS is working hard, pulmonary arteries working just fine,B.P 90 over palp, G.S.C is considerably low and complex as if 10 pulleys hanging on each side of the rope,and I have been given a problem based on inertia and the rods used are magnetic and tesla is just not acceptable neither is the lumnious flux coz of the enormous brightness of my mind but I hope the hertz is just matching through this hyper text transfer protocol and your cache memory catches it and stores it somewhere near medulla oblangata, so that the dendritic cells work perfectly and increase the FPS ..and hence the performance of the thoughts !
.
.
and whatever that meant :P
nice write up ..i remember maximum of the terms u used as in I have heard them but then if you ask me what all they are ..i can answer like 50 % of them only :P

u r right. dont torment any guy with THIS!

unless he's a techie guy too, that is.

and where can i find u on ork or fb? if u dont mind.

sorry..i just brushed through it..and it seemed awesome :D
we also had our fest on.. :D i didnt get a team for mad ads :| but yeah participated in pictoretto and quizes :D but didnt win anywhere...
take care n congrats :)

Hi..This blew me off...i kinda wrote something like this long back as a tesimonial for someone with all my GRE wordlist...errr..I couldnt go thru ur full post....but writing dis is something...

Ur dad is right..d guy will run away just after 2 lines :-P

Firstly... Hail!! nahi seriously, because it will probably take me an eternity to come up with something of this kind, and tune toh rough draft bhi nahi banaya... :O ^:)^

@ peter
some of the info isn't that correct either. hoho!

@enchantinganki
whats the meaning of your blog name?
with GRE words eh? :) would like to see that.


@Akansha
shabash!! it seems either people dont need the lexicon or after the letter they'r too tired to go through it ;)
wow! like anyone who cud jhelo this cud be my babyyyy :D :D :)
ps: LOOK at Peter's comment :D :D :D

Peter was so happy with your post..i thought he would cry with happiness :P wait, i dont think he reads comments ke replies so hopefully he wont read this...and he warned me advance mei that i will hate it...but i was polite to u n admitted i didnt get anything :( and i saw his comment and im like get lost all you science students :P

and yeah I really enjoyed reading your stuff after so long...
Thanks for makin me smile..

@Mads
Ok i will write summat for u tooo
*omigod peter liked it * *i knew i knew it* :D :D
ps: polite kyu ban rahi hai?


@joie de vivre
abthanx keh kar jaan legi kya?
and where is your next post?? waiting as well :)

"To The Scanner Of My Heart.."

This opening line cracks me up totally :D.

Don't listen to your Dad. Your 'scanner' will not run away. He'll be too stunned you see :D

HA hA ...
Which Engineering college u r from.
Seems to be from mumbai..
Recalling my engg days...

"Without you I was morose like a Matlab program gone so wrong that it doesn't even know the difference between a root() command and sinc function."

Congratulations ! U qualified for the role of Sheldon Cooper in BBT !

Congrats Amrita !! I really felt that you are th SHE-Sheldon :P Loved it :)